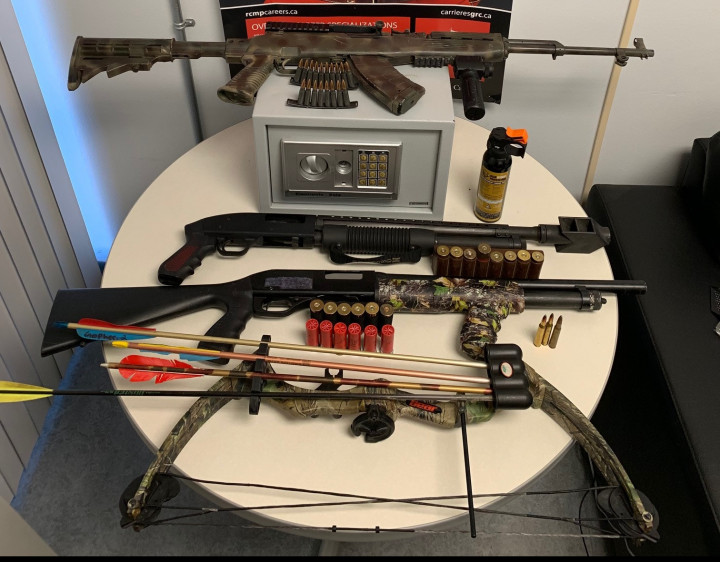 On Saturday, March 16, 2019 at approximately 4:00 a.m., Boyle RCMP executed a search warrant at a residence on the Buffalo Lake Metis Settlement.

As a result of the search Boyle RCMP seized three firearms, ammunition, compound bow, and recovered two stolen vehicles. It was determined that one of the vehicles was stolen out of Edmonton, while the other was stolen out of Smoky Lake.

A 33-year-old male and a 24-year-old male, both from the Buffalo Lake Metis Settlement, were charged with the following Criminal Code offences:

"The search warrant that was executed is a great example of an intelligence-led investigation where firearms and stolen property were recovered," says Cst. Andrew Deme of the Boyle RCMP. "We will continue to work with our community partners, to address crime and concerns within the community and continue to focus on K Division's crime reduction strategy."

Both individuals were held for judicial interim release hearings and were released under their own recognizance. Both are scheduled to appear in Provincial Court on March 26, 2019 at 10 a.m., in Boyle.