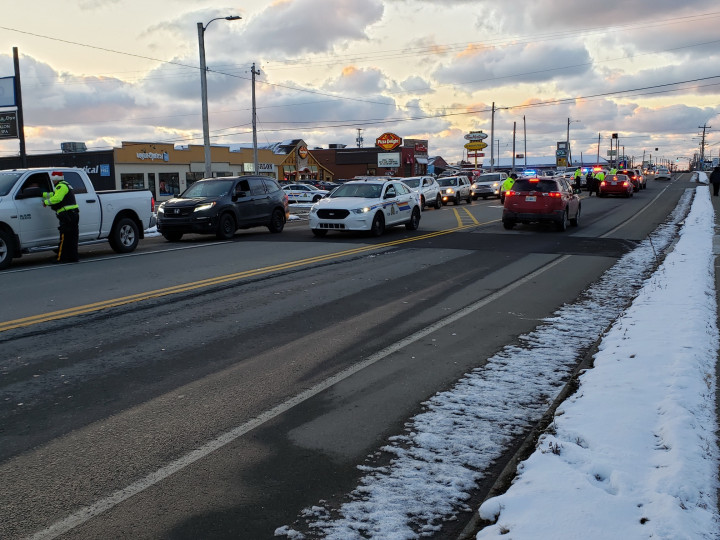 NIDED is one of various events throughout the year where police increase sobriety checkpoints across the province to help keep roads safe.

During NIDED, five people were charged by Nova Scotia RCMP for Driving while Impaired by Alcohol and one person was charged for Driving while Impaired by Drug. One person refused to provide to provide a breath sample and was charged with Failure or Refusal to Comply with a Demand. There were also seven roadside suspensions issued due to driving with a Blood Alcohol Content between 50-80 milligrams of alcohol in one hundred milliliters of blood (50mg% to 80mg%).

"National Impaired Driving Enforcement Day has come to an end, but we're on the roads 24 hours a day, seven days a week, to detect impaired drivers and remove them from roadways," says Sgt. Glynis Thomas of the Nova Scotia RCMP. "National Impaired Driving Enforcement Day is about sending the message that impaired driving won't be tolerated. It's not okay and it's not socially acceptable."

Motorists should remember that sobriety testing comes in many forms, including:

Failure or refusal to participate in sobriety testing may result in criminal charges that have the same or greater penalties than impaired driving. These may include jail time, license suspension, fines and/or being sentenced to driver rehab.

Please report dangerous drivers to police and call 911 if you see someone driving in a way that is an immediate threat to public safety.

It helps to know:

Nova Scotia RCMP would like to thank the thousands of motorists who help protect their communities by always driving sober. That decision saves lives.